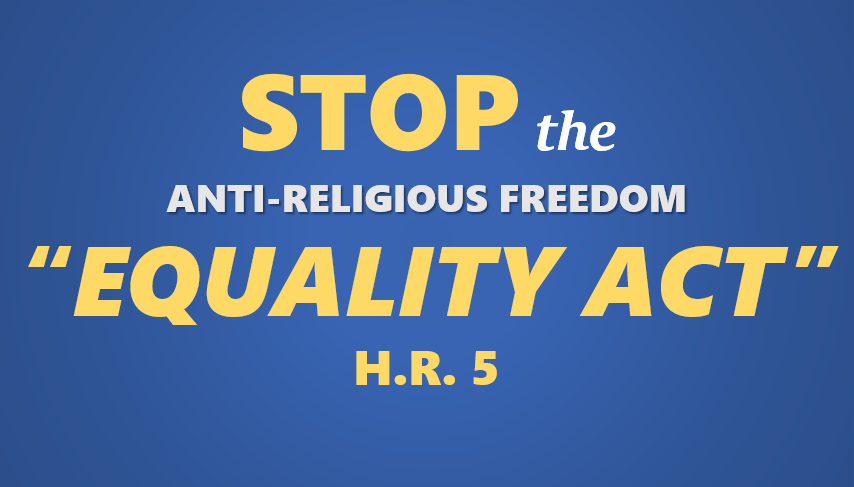 As a Christian you should have great concern over the attack on religious liberties that is contained in the language of the House bill H.R. 5 known as the Equality Act.

It is important that not only every Christian, but also every citizen that believes in religious freedom take action to let your state representatives in the U.S. Senate know that you oppose this legislation.

The bills name is very deceptive. Most Americans do not realize what this bill means to the freedoms of all people of faith, no matter what religion they adhere to.

As Christians we should agree that every person needs to be treated equal and that includes all who identify as LGBTQ. However, the government should not force any individual to be required to violate their deeply held doctrines of their faith.

We cannot stand for any government edict that would require a person to decide to follow their faith or follow the government.

If this bill is enacted it will subject business owners, employees, and customers alike to this radical agenda.

If this is enacted as law, then people of faith will face penalties if they violate any of the provisions contained in the Equality Act.

Following are some examples:

Attached below is a sample letter to your Senator as well as a sample phone script.

Find out how to contact your U.S. Representatives at: